Michael Bornstein has been politically and professionally involved in local government in Palm Beach County for over 25 years.

Starting as a County Commission aide in the late 1980’s and then part of the County Public Affairs staff working on the legislative agenda. He was hired to head up the redevelopment efforts in the Town of Lantana as the Development Services Director in 1998 and was later selected to replace the outgoing Town Manager in 1999 where he served 12 years. In 2012 he was selected as the City Manager for the City of Lake Worth Beach and views his efforts in terms of a significant ‘turn around’ corporation.

Michael is a 2nd Generation Floridian, graduate of the Florida State University and is married to his wife, Debra. He has a step son who is a Boca Raton Fire Fighter and a daughter who graduated from University of Florida and is pursuing a career in California. 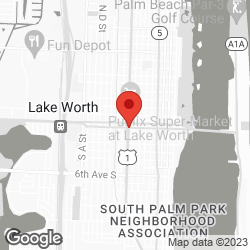